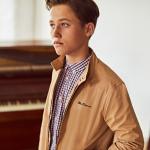 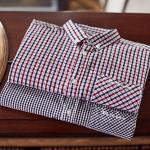 Visit the Ben Sherman store at Clarks Village for reduced prices on a wide selection of men’s and kid's clothing from this iconic brand.

Ben Sherman was a legend in his own right. A man described as ‘always embracing the new and the different’; someone constantly searching for the best of things.

Ben started making shirts for other people. But soon his creative flair took over and he started designing his own shirts. Then in 1963 he was ready to launch the first Ben Sherman shirt.

The shirts were a huge success, offering something brand new and previously unseen in England. At this time that the first British youth culture was in full flow; the post war teddy boys. A second wave of young men came along who loved the sharp Italian style and this group went by the name of ‘ the modernists’ who quickly became known as ‘mods’. This British youth culture embraced the Ben Sherman shirt, loving it for its quality, slim-fitting style, its colour and unique design.

The feeling was that there simply had never been anything on the English scene like it. The Ben Sherman shirt was revolutionary and so was the ‘mod movement’. Through fashion and music, London and Britain were cool again.